Well, I got replies from both anthology editors that they received my submission, so sighs of relief on that count. That is my first bit of angst whenever I send a submission, that it’ll get put in the spam folder. It’s not an irrational fear; I’ve “missed” a deadline that way.

Ms. Wright was happy to see me submit for the fairy tale one, which was nice. Dark Scribe Press is making me nervous, though. They want to read it, but they were looking for short stories 3-5k, which is what I was afraid of. At over 10k, I have to knock their socks off, and I’m not sure I can do that. I mean, I love the story, but who’s to say they’ll be captivated from start to finish.

Sometimes I really dislike being a novelist trying to write short stories.

However, I did ask my usual beta to look over it to see whether everything was necessary and if anything could be cut, and she didn’t see much extraneous bits either. I might tell them that I had it looked over, but I’m very amenable to editorial direction. After all, for their last anthology, I took a vignette-ish short story and added about 6k words to it when they told me to flesh it out. :) However, they didn’t accept it because it moved too slowly, and I’m afraid that my patience is going to bite me in the ass again.

ETA: Well, point of no return. Just sent the query with a small explanation at the end. Cross your fingers for me. 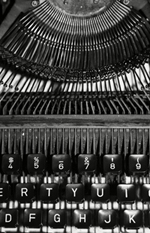 On the personality spectrum, I’m on the extreme end of introversion, although I can be a functional extrovert if the occasion calls for it. I normally avoid those situations when I can, however. This is relevant because I’m one of those people who needs A LOT of time to recharge. I love my three-day weekends for precisely that reason.

However, since I started going back to school online, adding approximately 25 additional hours to my “work” week, that’s when recharge time started to get hinky. And it was at that point that I sacrificed my writing time – after all, since I’m only marginally a published author, it wasn’t my top priority to maintain that, right? It took me months to finally acknowledge that although I didn’t have much time to write, it was important to me – mentally and emotionally – to have that outlet.

So there was my dilemma. I needed time to write, but I didn’t have time to write. Especially not in that 2000-3000 word per evening (or more) capacity that I used to manage. I didn’t have the energy for that. So I simply dispensed with writing almost altogether. I’ll do it when I have the time again, I thought. Silly me. I get week-long breaks every quarter and the occasional holiday, but I have other things that I do as well. I rarely had the time.

Finally, I sat down with myself and said, “You need to write. This isn’t an option. Your arrangement right now isn’t working. So here’s what you’re going to do, soldier.”

I don’t write all the time. I have two creative outlets, one that has me making pretty things with my hands, and then writing. I alternate between them during the weekends (or rather, during Saturday evenings and Sundays now that school takes up most Fridays and Saturdays). One month I may focus entirely on the pretty things, get a bunch of them done, then return to writing the next month or two. But I try to write during the weekdays even during my pretties rotation. I only write 500 words a day, anywhere from 25-60 minutes of time. That’s all I require of myself. I find that if I push myself for more when I’m not in the zone, I get frustrated and tired and eventually throw my hands up and quit doing it altogether. And it’s best for me not to do that. At least this way, I get something down, and something is usually better than nothing.

I don’t get as much writing done as quickly as I’m used to. There are some serious downsides to this: Every time I stop, I have to take time to get back into the story again the next occasion that I sit down in front of my screen. So, whereas before I took the time to sink into a story and let it flow out of me for a few uninterrupted thousand words, I’m doing more stop-and-start traffic these days. It’s jerky and inorganic and inefficient for me. But I’m getting better at it, taking advantage of what little time that I have.

The second downside is that in order to write, I have to sacrifice something else. In addition to my room/office being a complete mess, I’ve had to dig into my sleep time. Like recharge time, I need my sleep. And it hurts me not to get as much as I need. But I can’t sacrifice work time, and I can’t sacrifice school time. Since those two things take up a great deal of my time, there’s not much left but sleep time. I try to get my writing done in a timely fashion such that it doesn’t interfere too much with that, but sometimes I get involved in my stories and don’t want to leave just yet. Sometimes I have deadlines, either external or internal. I’ll sacrifice the writing time now and then in order to sleep if I absolutely need it (read: I have a migraine/fever/early morning/cramps), but I give more importance to my writing these days than I used to. Because I simply realized that in order to get more stories out, I had to actually … you know … write.

The editor of my first anthology Fist of the Spider Woman, the wonderful Amber Dawn — who taught me that mixing sex and horror could be incredibly cathartic and affecting — won the 23rd Annual Lambda Literary Award for Lesbian Debut Fiction for her novel Sub Rosa (which is in my queue of books to buy).