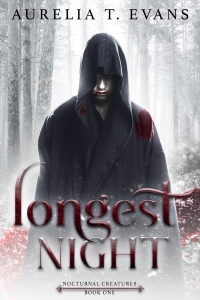 With the first book in the trilogy, LONGEST NIGHT, which is available six days after said longest night, for which I apologize. But I had a cold that slowed me down during the proofreading process, plus holiday craziness.

Nocturnal Creatures was an experiment in several ways. It’s the longest thing I’ve written that’s high fantasy, and I gave myself a number of rules to keep it interesting. If you can spot the rules before I spoil them, you win a virtual cookie. Possibly a virtual kitten.

I hope to put these books out once a month, and then soon after the third one is available, an omnibus volume will be made available in both e-book and print, since I’d like to start offering my stories in print. Which means I need to get back on BLOODBOUND and WOLF GIRL sometime in the next decade. But I’m really looking forward to the omnibus volume. It’s gonna be big.

I wrote this when I was in the middle of working on a number of other vampire novels. I’d finished CALL FOR BLOOD, where I introduced vamps to the Sanctuary world, and I was either about to start or had finished SPIDER, which features a vampire-y Creature. What can I say? I have a type. But I try to do a lot of different things with them.

In the case of Nocturnal Creatures, it was one of three stories I wrote for a short story call for an anthology from Totally Bound. This little gothic erotic fairy tale came in over 20K words, which was too much, but it felt like not enough. So I set it aside and brought it out again later…and it turned into an over 200K-word story. This is my life, ladies and gentlemen. But I’m really pleased with it, and it does fit a trilogy structure, works just fine with the books separated. Each book really is its own story. And I hope you enjoy it as much as I still do.

Kindle Edition
All Other E-Book versions

In the realm of the Crimson Kingdom, the demon king descends from his dark, dangerous castle on Longest Night to take for himself a new wife. She must be unmarried and unmarred by men, a pure sacrifice for the devil.

Asha of the Gray is one of the few women in the kingdom whom no man will marry and whom no man has marred, though she has had to fight every day to keep herself unruined, with the kingdom brothels just across from where she begs for coin every day.

When the demon king gifts her a winter rose and chooses her as his bride, he marks her for death. But though his castle is dark and strange and the king himself monstrous, not all is as it seems, and death may be a more welcome alternative than anything the Crimson Kingdom offers an unwanted woman like her. 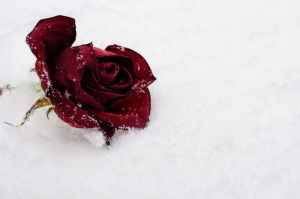 Photo by Jenna Hamra on Pexels.com

I’m not sure why I did it, but I wrote a song for the NOCTURNAL CREATURES trilogy—the kind of cautionary tale people hand down in oral form to remember a lesson. It’s the night after Winter Solstice now, but since LONGEST NIGHT didn’t get published in time, consider this my apology.

Every year on Longest Night
Flee from the streets and lock up tight,
For if the king comes to your door
He’ll steal you away forevermore.

Beware the woods, where wild wolves prowl.
Beware their teeth, their demon howl.
But above all, Crimson daughters here,
It is the king whom you should fear.

So daughters, wed and show submission.
Bind virtue to God and to his men.
For when devil offers a winter rose,
If rose turns red, he’ll bleed your soul.

Fathers, keep your daughters well,
Else after the twelfth clear church’s bell,
If daughter is found unmarried, unmarred,
The devil king will eat her heart.

NOCTURNAL CREATURES was my first long attempt at hard fantasy (albeit gothic romance with a touch of horror), with all kinds of world-building. It was incredibly entertaining. I’d done a little of it before with CALLING THE DRAGONS HOME, but that was a short story and literally my first work published through Totally Bound in 2012. I’ve since gotten the rights back to rework it into something longer. I’d like to think it’s in the same universe as NOCTURNAL CREATURES.

Hope this song gives you a glimpse into the Crimson Kingdom before LONGEST NIGHT arrives. Season’s Greetings! 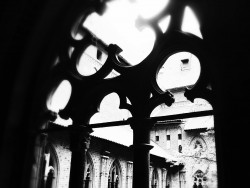 I’m more active at my Facebook page than I am here, simply because I’m thinking more in the short form than long form these days. Novel-writing has been taking all my long-form brain cells. Namely, trilogy-writing. Did it start as a trilogy? No. It started as one of the three short stories I wrote in the attempt to satisfy a submission call for a werewolf/vampire MFM anthology. The first two were too long for the call. Intervention ended up working for it, and I sold Red Queen as a novella. But the project I’ve been working on demanded fuller investment. Little did I know how much fuller it would become.

So I started working on Nocturnal Creatures (formerly Tooth and Claw) in late June,  expecting it to be a single novel finished by the end of August. Turned out it wanted to be a trilogy to satisfy the threesome/moresome relationship arcs to more satisfaction, and I just finished the last book tonight, mid-February.

I’m tired, I’m frustrated, I’m way behind on my writing schedule, and I intend to throw this trilogy into the deepest, darkest digital trunk I can find and not look at or even think about it for at least a year. That’s how long I’ll need to recover from over six months working on one project. And no, it didn’t feel like three. It felt like all one book in three parts. For reference, I wrote each of the Arcanium novels in less than a month each because I was writing full-time. Six months more than pushes my limits.

The stories feel solid. I forced myself to take my time, go through everything now so I have less to work on later. But I’ve played and replayed this story in my head, and I can’t stand it one minute longer for now.

Longest Night (Book 1)—On the year’s longest night, out of the handful of eligible, unwanted women in the entire kingdom, Asha of the Gray is selected to marry the king, a monster who lives in the castle far above the civilized districts of the kingdom and who only keeps his wives a year. Word count: 73,386

Beasts (Book 2)—Leaving on a journey to unlock the mystery of the northern ghost kingdoms, the king leaves Asha in the care of his returned army of wolf warriors and under the watchful guardianship of his most trusted friend, the mercurial captain of the guard.  Word count: 74,286

Grayling (Book 3)—Upon the king’s return, the mysteries follow him and threaten to destroy everything he built as well as every connection Asha reluctantly forged with the demons, monsters, and beasts that surround her. Word count: 113,102

The total word count was 260,815, at around 406 pages of single space, size-12 font. The biggest challenge, aside from writing the whole damn thing at all after the first book, was that I wasn’t allowed to use the words ‘vampire’ or ‘werewolf’ once. Made things a little more interesting. It’s not the first time I played with high fantasy. I’d say it was set in a similar universe as Calling the Dragons Home, my first story published by Totally Bound. The whole election season riled me up. I suppose a took out a lot of aggression through the story. Romance it might be, it’s still got a heavy dose of Gothic horror in it as well, because I’m me and can’t help myself.

I’m taking a break to do some editing, because my brain’s ready to pop like an old toaster. As soon as I gather up my strength again, I’ll resume work on Spider, Arcanium’s sixth novel. At least the Arcanium stories are basically standalones. They really do feel like separate projects that way. 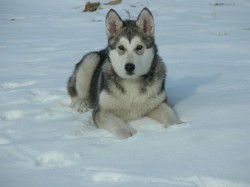 Summary: I’ll come up with something later. Both Arcanium and Meridian already had series synopses written up before I started them, but I changed Call for Blood from what I’d originally set it up to be.

There’s something about this one, and not in a good way.

I get the feeling I might have to rewrite it entirely. The characterization feels good, but the plot threads feel loose, and I suspect I’m burnt out and in denial about it. But I feel like I have to get this first draft written, even if I have to overhaul it all over again like I did the first plot. I’ve taken days off. I’ve vegged. I’ve not thought about writing until I reached the point where I needed to write again. But the plot still feels insecure. It’s taken me far longer than it should have to reach my first quarter, and I’m not happy on many levels. I’m just not sure what to change, because Sanctuary needs finishing.

The words are coming. That’s what’s confusing. Is it that I’m just on autopilot now, cranking things out without any soul? Or am I just in a seasonal-affective state that’s getting in the way of my seeing the novel in a more objective light? Or perhaps that plus Christmas and end-of-year stress is finally getting to me. I’m hoping that’s all it is. If so, that’s a lot less work for me later.

Seriously, we haven’t had sunlight around here since Day 1 of writing this novel. It’s been clouds and rain and no Vitamin D except in supplements. It’s done terrible things to my sleep schedule.

One thing I do like is that I can write all the femmeslash that I want in this. It’s not the most popular kind of pairing, but Renee’s relationship with Britt and her propensity for further sexual attraction with women is already an established part of the Sanctuary canon. So I can get some of it out of my system before diving back into Hetsville. Nocturnal Creatures, of course, will be full femmeslash rather than bifemmeslash, but that one won’t be for a while.

There’s also plenty of wonderful polyamory in my little hippie commune sanctuary, but I write a lot of multiple partner romances, so that’s not quite as uncommon for me. I still love it.

Sinking back into Renee was easier than I’d expected it to me, but again, not in a good way. Many of Renee’s qualities are the ones that I try to pretend don’t exist in me, but I have to confront them again when I write her, view them through an unforgiving magnifying glass.

I just hope I can get my hands on the slippery rope of this plot, or else this whole stressful time would have been an exercise in futility mixed with baking powder,  chocolate chips, and too much eggnog.

I’ve made lots of cookies, in case you can’t tell. 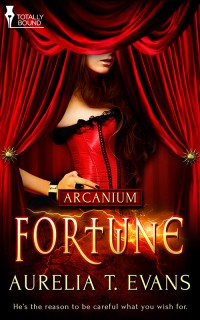 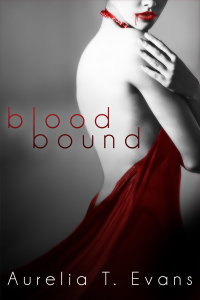